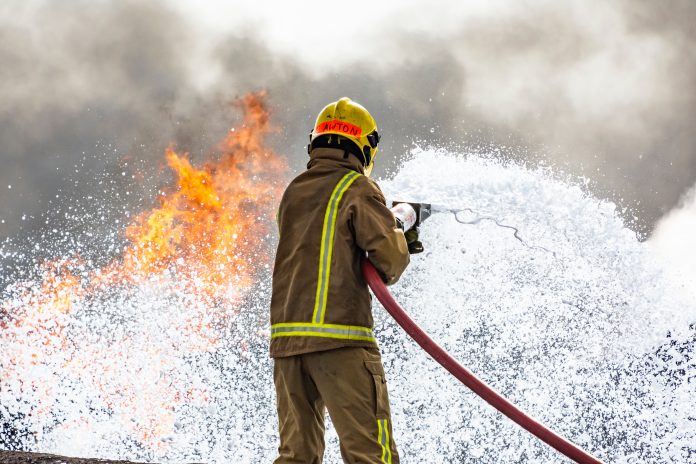 Two women were trapped in a block of flats during a fire in Leicestershire.

The incident happened on Saturday (1 August) at around 6pm at Kings Court flats in Kings Road in Market Harborough.

The two women were left trapped on the first floor, after the rest of the residents vacated the building.

Firefighters had to enter the building and guide the woman out of the blazing building. The woman were then treated for smoke inhalation by paramedics.

The fire is beleived to have been caused by a faulty fusebox on the ground floor, which caused significant damage to the building.

A spokesperson for Leicestershire Fire & Rescue Service said: “We were called just before 6pm to a report of fire in Kings Road.”

“Two people were walked out of the building by firefighters. They were left in the care of East Midlands Ambulance Service.”

“The fire was on the ground floor of the building. Firefighters wearing breathing apparatus tackled the blaze.”

“It is believed the fire was caused by a faulty consumer unit.”

To keep up with all the latest news, please like our Facebook page or join our Leicestershire Breaking News group.