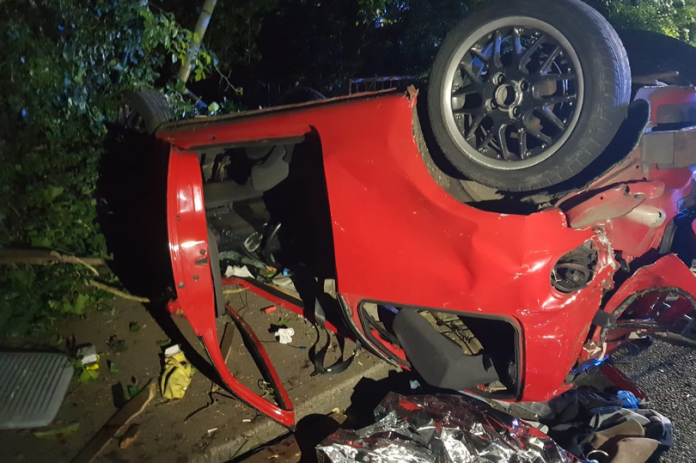 Two people have been seriously injured and a teenager is in custody after a crash in Coalville.

The collision happened yesterday evening (Wednesday 22 July) on Greenhill Road at around 10.55pm. The crash involved one vehicle, a red Volkswagen Lupo.

The vehicle was found overturned.  A man and a woman suffered serious injuries in the incident and have both been taken to the Queen’s Medical Centre in Nottingham, where they remain.

A fourth person, a 19-year-old man, was subsequently arrested on suspicion of driving while being unfit through drink or drugs and causing serious injury by dangerous driving.  He remains in police custody.

Officers would like to speak to anyone who may have witnessed the collision or saw the vehicle beforehand.

They are particularly keen to speak to anyone with video recording equipment installed in their vehicles and may have captured anything.

Anyone with any information is asked to contact PC Paul Baker on 101, quoting incident 694 of 22 July.

To keep up with all the latest news, please like our Facebook Page or join our Leicestershire Breaking News group.