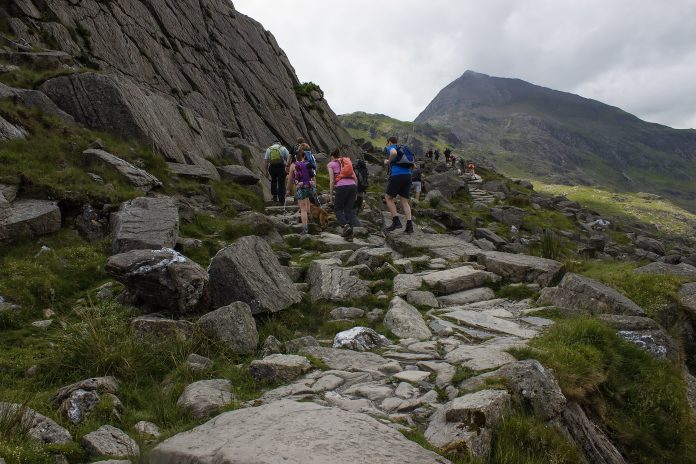 Three people from Leicester were sent home by Police after they drove to Wales to climb Mount Snowdon.

The incident happened on Saturday morning. The trio were stopped by Welsh Police and turned back from the car park.

According to the BBC, Welsh Police were patrolling the beauty hotspot after reports that a number of people had been travelling outside of their local areas to exercise, breaking lockdown rules.

Keith Ellis, a warden at the car park said: “We’ve had three from Leicester first thing this morning and if the police hadn’t turned up they would have probably ignored our advice and carried on up the mountain.”

“What they were wearing was totally inappropriate and they would have probably got into danger.”

“We’ve had people also from Liverpool and some locals turning up knowing full well what the rules are, but just trying it on.”

“Luckily there are a lot more police officers around and all these people have been spoken to and advised by the police as well.”

Last week two friends from Leicestershire were fined by Police after they drove five miles from their homes to go for a walk in Foremark Reservoir.

A spokesperson for Derbyshire Police said: “Driving to a location to exercise is clearly not in the spirit of the national effort to reduce our travel, reduce the possible spread of the disease and reduce the number of deaths”.

The force added: “Where there are cases of blatant breaches of the regulations then fines will be issued by officers.”

It’s believed the fines are now being reviewed by Police.