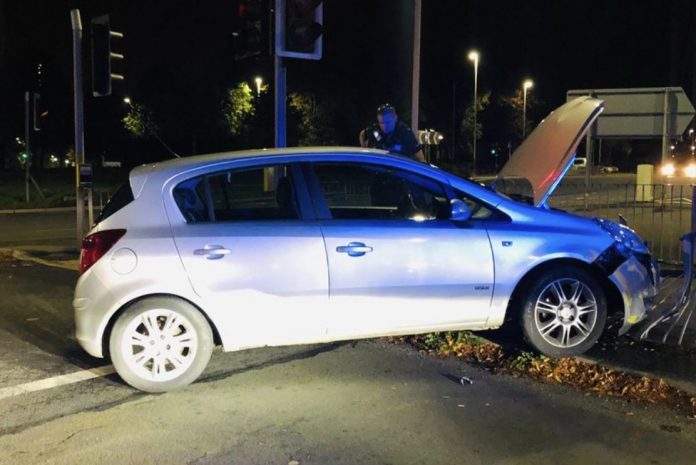 Two teenagers have been arrested for burglary after crashing a car during a police pursiut through the streets of Leicester.

The car ended up crashing into railings on the Pork Pie roundabout, at around midnight last Thursday (24 Sept).

The car – a Vauxhall Corsa – was first spotted by police on Hinckley Road which was believed to be on stolen plates.

They quickly established that the car had been stolen from an address in the south Leicester area sometime between Wednesday night (23 September) and Thursday morning.

Officers then attempted to stop the car in Glenhills Way. However the car failed to stop, leading to the police pursuit.

Officers had to puncture the tyres of the car using a stinger device, causing it to crash into the railings.

The 17-year-old arrested at the scene has been released under investigation. The 18-year-old youth remains in custody and enquiries are ongoing.