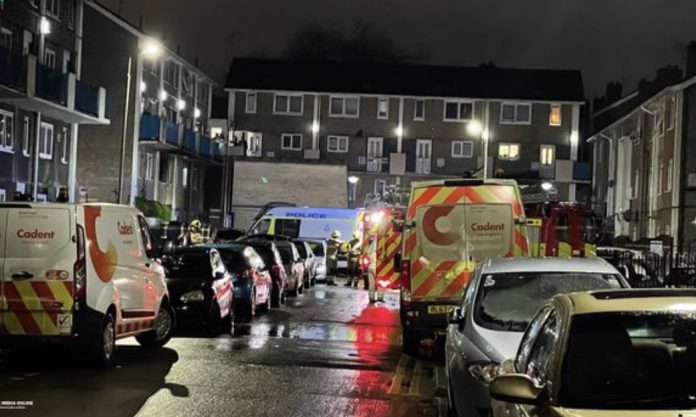 A man was stabbed in Leicester city centre and a flat set alight in the early hours of this morning.

At around 3am this morning (3 January), police were approached by a man in Eldon Street who had sustained a number of stab wounds.

While investigating the assault, officers attended an address on Ottawa Road, St Matthews a short time later to discover a flat fire.

A man was rescued from inside the property. The fire caused substantial damage and has since been extinguished by Leicestershire Fire and Rescue Service.

Three officers are also being treated at hospital as a precaution for smoke inhalation.

The man involved in the stabbing remains in hospital where he is currently in a stable condition.

A number of flats in the same block have been evacuated while emergency services respond to the incident and Ottawa Road remains closed at this time.

Enquiries are ongoing to establish the full circumstances surrounding what happened and anyone with information is asked to contact Leicestershire Police on 101 quoting incident 84 of 3 January.