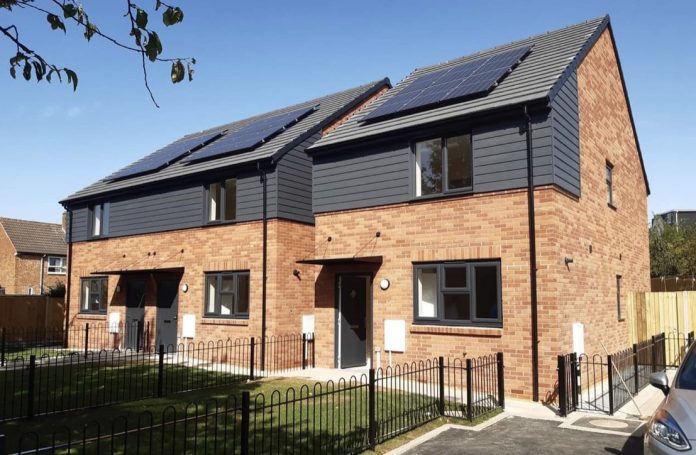 New affordable homes have been built by Leicester City Council in a ground-breaking project to build hundreds of rental homes in the city.

The first three houses have been built on Ambassador Road in Crown Hills. They consist of two semi-detached homes and one detached house.

They are the first of 29 new homes being built at six sites in the city, in the first phase of the project.

The other five sites include Netherhall, Thurnby Lodge, Beaumont Leys and Humberstone.

In total over 320 houses will be built over the next few years, with a total investment of £48million.

“This project gives the city council the chance to take a lead role in the creation of much-needed new affordable council housing, as well as investing in areas of the city and regenerating disused areas of land to give them a new lease of life.”

Work at the five remaining phase one sites is due to be completed by early 2021.